I’m not saying we don’t love a good cocktail, we do. We just don’t make them at home too often – not real cocktails, at least. And, push come to shove, we’d probably pick a whiskey on the rocks or a beer over something with an umbrella any day.

Now, I had never had a mint julep. But that couldn’t stop me from making one! Just because George R. R. Martin has [presumably] never seen a dragon, should he not write about them? Just because there’s never been a female president, should Julia Louis Dreyfus not play one? Just because all of these references are HBO, are they not still relevant? No! Yes! Wait. I’m mixing metaphors here.

Regardless, I set out to make us the perfect mint julep, using only my gut instinct and the internet. So I googled “best mint julep” and went about following, loosely, the first recipe that came up. Thank you, Esquire! 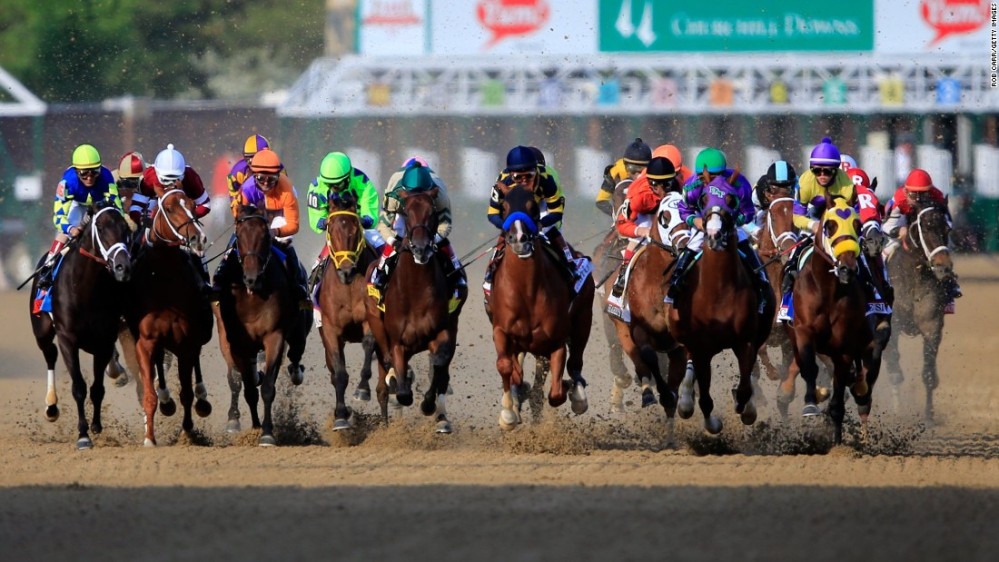 Now, what is a mint julep, you may ask? Well, here’s what old faithful (read: Wikipedia) has to say:

The mint julep is a mixed alcoholic drink, or cocktail, consisting primarily of bourbon (or some other spirit), water, crushed or shaved ice, and fresh mint.

And why is this day unlike any other day? Why on this Kentucky Derby do we drink juleps, when on all other derbies we drink only beer?

Well, basically because Churchill Downs (the racetrack) has been promoting the julep as the Kentucky Derby’s official drink since 1938 and serves well upwards of 100,000 of the things each year. Plus, for the last 18 years or so, Brown-Forman has had some sort of fancy deal with the track to be the “official” julep of the race. Neato!

Now, let’s get somewhat blotto and watch horses that we bet on (without really reading up on them too closely) run.

We’re using Woodford Reserve’s 2017 Kentucky Bourbon bottle because we’re fly like that. The bourbon is incredible. Honestly, the bourbon makes all the difference.

That said, the cocktail tastes about how you would expect. It tastes like whiskey, sugar, water, and very lightly of mint. On a hot day? Delightful. In Chicago where it’s 46º and raining today? Well, my pro tip would be: consider just drinking the bourbon. Nonetheless, we’re looking forward to seeing how the horses run! Will it be fast this year? Only a psychic could say.

Oh, us? We're just some cool dudes* bringing you authoritative opinions on tech, booze, gear, movies, TV, and more! And, awesome, we're looking forward to getting to know you better. *Ok, fine, some of us are dads, but, you know...awesome
%d bloggers like this: